UCL Institute of Education and Goldsmith’s College, University of London

Heidi Safia Mirza is Emeritus Professor of Equalities Studies, UCL Institute of Education and Professorial Fellow of Race, Faith and Culture at Goldsmith’s College, University of London. She is known for her pioneering intersectional research on race, gender and identity in education and has an international reputation for championing equality and rights for Black, Asian and Muslim women through educational reform.

Heidi hails from Trinidad and Tobago, and as a child of the Windrush generation is one of the first and few female professors of colour in UK. In recognition of this achievement Heidi was invited to deliver the 50th Anniversary Martin Luther King Lecture at St Paul’s Cathedral with Baroness Doreen Lawrence.  She is author of several best-selling books including, Black British Feminism, Race Gender and Educational Desire and Young Female and Black, which was voted in the BERA top 40 most influential educational studies in Britain.  Professor Mirza is a leading voice in the global debate on decolonisation and recently co-edited the flagship book, ‘Dismantling Race in Higher Education: Racism, whiteness and decolonising the academy’ (Palgrave McMillian). 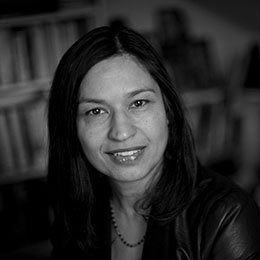